The first 100 bridges have been completed in a programme to restore 1,000 in the US state of Kentucky - and a contract has been let for 106 more.

The 100th project to be completed under the Bridging Kentucky programme was a new, three-span bridge that carries KY 339/Clinton Road across Massac Creek and serves more than 2,200 vehicles per day on average. The US$1.1 million bridge replacement project, completed by Harold Coffey Construction, started in mid-August, and the bridge reopened to traffic two weeks earlier than planned on 1 November. 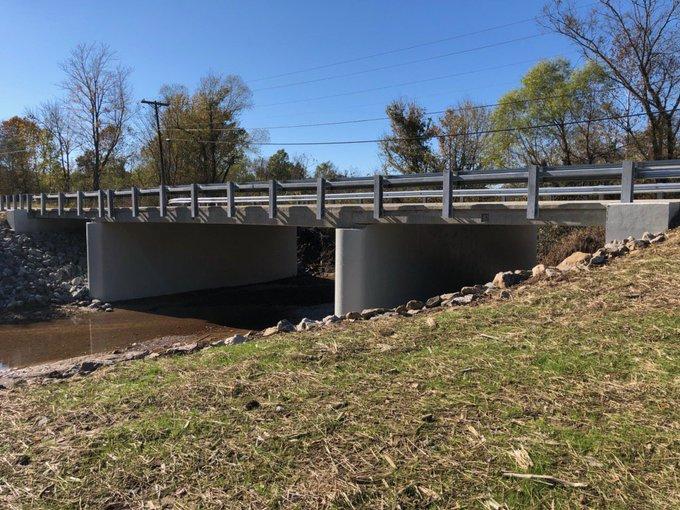 Kentucky Transportation Cabinet (KYTC) has also recently awarded a design-build contract to restore 106 bridges across 21 counties in Eastern Kentucky. The US$93.3 million contract has been awarded to a Kentucky-based team led by a Central Bridge Company/Bizzack Construction Joint Venture and HDR.

“This design-build project addresses a significant need to improve structures in Eastern Kentucky,” said Adam Knuckles, KYTC’s project manager for the Eastern Kentucky design-build project. “This is a heavy concentration of bridges in a part of the state with limited transportation options. By having one team plan and complete construction of all these bridges, we expect improved coordination and reduced impacts on travellers during construction.”

Construction will start on some of the bridges early next year and construction for all the projects is due to be completed in late 2023.

With the award of the latest design-build project, KYTC has appointed contractors for about 350 bridges through the Bridging Kentucky programme, which was launched last year.

Subscribe to Bridge design & engineering, the only international magazine focussing exclusively on the bridge industry